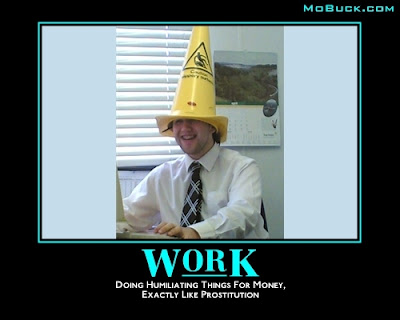 In my attempt to figure out what is happening with my job, I decided to go to the other Meijer Starbucks to find out exactly what was happening.

The story so far:

When the Starbucks at the store I was working at closed, I was supposed to first work for the deli but then I was told that I would be working for the Remodel. This was ok with me.

I got a call from the other Meijer Starbucks saying that they thought I was going to be coming over there to work. I said that I had not heard about it. But a few days later, the manager offered me the job and asked if I could start the next day.

I said I didn't think I could be I would ask about transferring and she should check about the transfer process. I talked to my store manager and he said that they should get back to him but I would have to spend the rest of the week at the store.

So, this week, I was told that I am still in our store. I was supposed to work Tues, Wed, Fri, and Sat. Then I got a call telling me that I had to work Monday.

So I get to work on Monday and no one knows what is happening.

So, I am working tomorrow and Saturday and then I am not sure what is happening.

Posted by BentonQuest at 9:03 PM

My mind continues to boggle at the number of inane, incompetent people who are in management positions.