Letter to a Friend

Ok, Moment of "Way Too Cute"

Posted by BentonQuest at 12:01 AM No comments:

Well, the surgery is over.

In truth, I actually hurt worse now than much of the time before the surgery.  Since Rocky was content to stay where he was, there was not a whole lot of pain.  There would be moments of pain, and then it would be over.  But now, the pain has been more constant.

The surgery itself wasn't too bad.  I went in at around 9 am and I remember getting on the bed in the operating room.  They put a mask over my face, adjusted it a bit, and then I was in the recovery room.  And I HAD to pee!  And it HURT!  There was the constant feeling like I had to go but couldn't.  I was told to expect this, but it still was not pleasant.

I had been told to drink a lot of water.  Problem, every time I peed, it HURT!  BADLY!  And then, because they put a stent in (from the kidney to the bladder), when I would go, it would hurt as if someone had stuck a knife in my back.  And also it would feel like my bowel was about to explode.  Now, I know this is reference pain from the irritation caused by the surgery, but that doesn't make it hurt any less.  (I am again taking some pain killers, and that seems to help.)  But between pain in the whole urinary tract and drinking copious amounts of liquids, recovery has been unpleasant.

A bright spot was the recovery room nurse.  He was a cutie!  Trim, a bit of a 5 o'clock shadow and a cute butt.  (Scrubs can do wonderful things for people!)
Posted by BentonQuest at 10:53 AM 3 comments:

It is only "Minor Surgery" when it happens to someone else.

Well, tomorrow I "go under the knife."  Well, not actually.  Actually I will be having a device shoved up my penis in order to pull a kidney stone out of my ureter.

I have been having all kinds of mental images of this.  The one that keeps popping into my head is Arnie Schwartzengovernor pulling the tracking device out of his head.  All that I can imagine is them sticking a long metal thing up there, grabbing on to the stone and then streatching my poor penis all out of shape.

Oh well.  Leaving the thing in place really isn't an option so tomorrow, "Rocky" the stone is going away.

(Oh, I must admit that I stole the title of this post.)
Posted by BentonQuest at 1:15 PM No comments:

Get out there! Pentecost 2 Year A 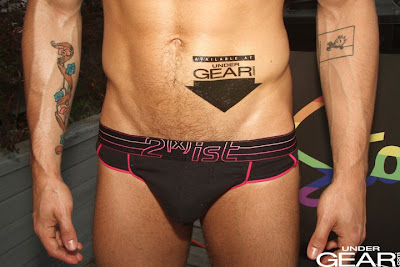