Posted by BentonQuest at 12:01 AM No comments: 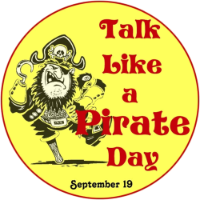 Posted by BentonQuest at 9:28 AM No comments:

I guess I should know better than to think I will be left twisting in the wind.

It seems that a colleague of Nick's is in need of a house-sitter.  This colleague will be gone for a year and we will (most likely) be watching his house!  We will have to keep the yard up and the snow shoveled and pay the utilities.  This will give us time for me to find a call without having to rush at the first thing that is offered.  Not ideal, but much better than living under a bridge.

I guess I continually hope that I can find a church that will be fun and fulfilling.  I talk a big talk about leaving when things go south.  But so often, things seem to go south.  I keep hoping to find a community where people want to have some fun, enjoy life, be a voice of love and tolerance, and make a change in our world.

We still get to deal with no insurance, but I think that puts us in the majority.

Hopefully I will be able to sleep tonight.
Posted by BentonQuest at 9:18 PM 2 comments:

Well, I got a pretty decisive answer from the larger church today:  There is nothing in this area for me.  So after waiting four months on the assumption that I was going to have a call, we are back to where we were four month ago.  Only this time we do not have a savings account to fall back on.

As Nick and I were discussing options, my mom called.  She asked how things were going.  I told her that we had enough money to get us through October but then we were broke.  She said, "I don't know what I can do for you."  (Now, remember they have a bedroom in the basement of their house; but for Nick and I to move in would "kill Dad.")  So once again, I feel abandoned by the church and I feel abandoned by my family.  Those things that we are to count on during times of trouble are not there.

Frankly, I don't believe what I have preached anymore.  I know I have said that in the past, but it is getting harder and harder to bounce back.  The logical person in me says that all this talk of peace, love, and a loving god is purely a way for us to avoid the terror of our mortality.  Yes, we are going to all pass into nothingness and this will all become a cold cinder a degree or two above absolute zero.

Thanks to the blow ups of last March., I feel even more distant from my family.  They say that I don't interact and then when I do, I get yelled at.  Now that we are again approaching a cliff, I can't even confide in my family.  My mother gives a nervous laugh when I say anything, and my siblings don't care.  Again, we need to rely on the generosity of friends.

And I just got the note from the larger church telling me that my insurance was going to be up at the end of September but if I wanted to pay $400 a month, I could have insurance.  Oh joy!  Where am I going to get that money?

I posted something about trying to find a job and had a "friend" say, "Why don't you ask Obama, he is supposed to be making jobs."  Using my plight as political fodder is not ok.
Posted by BentonQuest at 11:46 PM No comments:

Well, I have now had about 4 hours to process this stuff, and I am still upset.

I am upset by all the misinformation that is flowing around in the world..  How even though the people of this congregation liked me as a person, I had to be bad because I was gay.  Yes, I am gay so I must not like children.  Or I must like children too much.  All of the bile that so-called Christians put out there.  Sorry folks, I am not into children.  But if Glen Beck says it, then it must be so.

I keep trying to think of what I can do instead of this clergy thing.  It really is a very difficult vocation.  Everyone thinks they can do it better, but no one wants to.  All they want to do is tell you how you are doing it wrongly.

I really just want to be in a church where we can have a great time living in a really incredible world we have been given.  All the drama is just really over-rated.

But since I started doing the church thing, it has just seemed to be one crisis after another.  I feel like I am becoming too good at dealing with crisis.  I also have to wonder if I don't create the crises.

Probably  will be more processing later today.  If you all (the five who read this!) get sick of it, I understand.
Posted by BentonQuest at 1:03 AM 1 comment:

Homophobia is Alive and, well...

Well, we are back to where we were in mid May.  Only now, we have gone through all of our savings.

The church that I was waiting for decided that they didn't want me.  Oh, they thought I was a nice guy.  They liked my energy and enthusiasm, they like my sermons...  So what is the problem??

Now, the fact that I am gay was never hidden from these people.  In fact, even before I was even considered here, the board was informed that I was gay.  They said that it would not be a problem.  Well, obviously it was.  And now, since people were not honest enough to admit their bigotry, we are in the same desperate situation we were in in May; except this time, we do not have the back-up savings to rely on.

I am angry, I am hurt.  I feel betrayed.  I want to hurt them.  I know I should forgive them, and I know that I will not seek any retaliation, but I am still pissed.

Faith says something will come of this; logic says it is all fucked.
Posted by BentonQuest at 9:39 PM No comments:

The Moving of the Spirit

I have been in a bit of an argument on facebook lately about a general understanding of the Holy Spirit.  Now, that is not what the conversation was ostensibly about, but I think on a deeper level, that is EXACTLY what it is about.

People are talking about the "I am spiritual but I am not religious" people.

If there is anyone out there with that mindset, let me apologize before I even begin.  I am making glowing generalities here, and as we know, for each generality there are a ton of exceptions.  That being said, I will step where angels fear to tread!

When I hear "spiritual but not religious" I think of two things:  One is the person who has been pushed out of the organized church by rules and laws that seem to be arbitrary or downright un-Christian.  (I am assuming Christian church here.  Other churches/masques/synagogues will need another discussion.)  The other is the person who like some of the things about Christianity but is not too happy about some of the other things.

I believe we all can, and do, fall into these categories at some points in our lives.  And I do not think we are ever totally immune from them.  I guess that is the wonder of the church; it is the perfect gift given by God placed into the hands of imperfect people.  If it were run by perfect people, we would not need the Church, but because we are imperfect, we need the Church more than ever.

One of the principles of the ELCA (Evangelical Lutheran Church in America) is that they do not invest in "Unmediated experience of the Spirit."  What this means is that a person cannot just say, "I want to be a pastor!" and start a church or "I think we should invade Canada!" and get denominational sanctioning.  There is a fairly elaborate process for becoming a pastor; it involves interviews, essays, and multi-person panels.  And finally, a person must be called by a church before that person can be ordained.  Ordination is just that; the community, following the leading of the Holy Spirit, ordains that this person will be recognized as a leader.  As far as invading foreign countries, I am a bit fuzzy on that polity.

Rejection of Unmediated Experiences of the Spirit prevents the loose cannon (or loose canon!) from imposing his/her ego upon the community.  It requires the faith of the community to trust in the process.  And from what I have seen, when entered into with faith, it usually works.

I see the second instance happening when congregations (and denominations for that matter) get caught up in adiaphora.  Adiaphora is the lifting of unimportant details to high levels of importance.  Truthfully, I don't care if people wear shorts to church!  I had a congregant who just about had an aneurysm because people took off their shoes and would walk up to communion barefooted!  Again, I didn't care if they wore clown shoes, as long as they were part of the community.

I can see where too much attention to Adiaphora could drive people way from organized religions.  I pray, but I don't kneel.  I pray before meals but I don't often to the "bow your head" thing.  I believe it is possible to commune with God in nature, but it is also important to be able to commune with God while dealing with a cranky congregant.  Adiaphora helps us to remain focused (just like a list can) but when it becomes worshiped, then it a hindrance.
Posted by BentonQuest at 1:11 PM No comments: