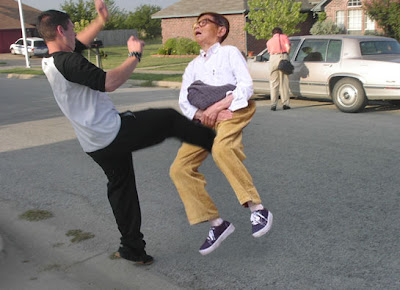 I felt like such a Drama Queen today! I really hate the way my job makes me. I hate the level of frustration that just seems to be part and parcel of my job as of late.

Today was no exception to the rule. I was told last Friday that I would be working Tues, Wed, Fri, and Sat of this week. This was nice since Nick had Monday off and I would too. And I didn't have to be back to work until 2 pm on Tues. Then I got a call saying I was already scheduled for the deli on Monday at 1pm. This was upsetting in that we would not have the time together, but I could deal with it. So I got to work today and no one knew what was happening. I have no idea what I am supposed to be doing in the deli and I was only going to be there for three days. But the team lead wanted to teach me how to work in the deli. WHY? I was going to be leaving soon.

Then I found out that no one had any idea about my going to the other Starbucks. So that whole thing is again on hold. Then I talked to the manager for the remodel where I was supposed to be working and he put me on the schedule after I had already left for work.

I really don't want to be working full time. We can make do on half time at the store and the quarter time call.

But it just seems like work is one kick in the crotch after another. When I come home, I just hate myself. There has got to be some other way to get through life.
Posted by BentonQuest at 9:50 PM

Sometimes don't you just wish it was you doing the kicking?