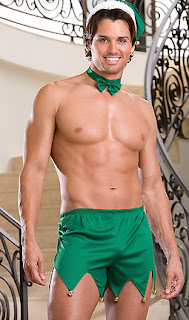 Posted by BentonQuest at 12:14 PM No comments:

I read something, somewhere (if I were less lazy, I would find the link) about homophobia being exactly that, a fear of homosexuality.  As I think about it, I am of the assumption that this is exactly the case.  People will say, "I can't be homophobic, I am not afraid of homosexual people."  And they are probably right, they are not afraid of the homosexuality is someone else.  What they ARE afraid of it the homosexuality they see in themselves.  By seeing people who are comfortable with their homosexuality points out how uncomfortable they are with their own feelings.  So, instead of dealing with their own feelings and comfort level, they try to make the gay people go away.  The underlying assumption being, "If I don't see them, I don't have to deal with my discomfort."

The Kinsey Report has been around since the late 1940's.  In this report (on males) he speaks of sexuality not being binary, but being on a continuum.  And here, 70 years later we still cling to that binary understanding.  When someone does not fall on the heterosexual end (and we continue to vilify homosexuality) there is discomfort.  "Oh no!  I find my teammate's penis arousing!!!!"  Instead of realizing that this is natural, there is fear.  And from this fear, often comes violence.  (Be it actual physical violence or societal violence.)

I just read about an Episcopal bishop speaking about "gender anarchy."  Gender anarchy??  This sounds like someone who wants the 50's binary gender roles to return.  Women wear dresses pearls and gloves; men wear ties, jackets, and wing-tip shoes.  We can look at a person and know exactly what we are seeing.  But this is silly.  We have never had such doggedly defined gender roles in America.  The belief that we could ever "return" to that is wishful thinking.

What would happen if this bishop were to deal with the gender anarchy he finds within himself?  If he could make peace with his own gender ambiguity, then maybe he could deal with the ambiguity in the world.  But instead, he is forcing his psychic struggles on an entire state and all the congregations within the state.  And by trying to force changes on the denomination,  he is, in effect, trying to "infect" the entire denomination with his anxiety.

It is interesting:  Because I am ok with my gender identity, it makes him anxious.  So, instead of dealing with his anxiety, he wants the whole world to become anxious with him.
Posted by BentonQuest at 12:11 PM No comments:

The Words of the Prophet