Newsweek Takes on Gay Marriage and the Bible 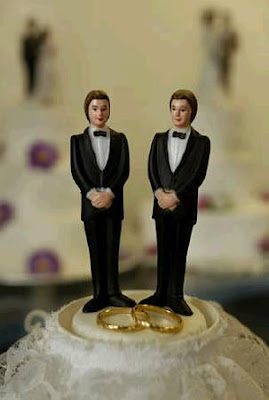 Let's try for a minute to take the religious conservatives at their word and define marriage as the Bible does. Shall we look to Abraham, the great patriarch, who slept with his servant when he discovered his beloved wife Sarah was infertile? Or to Jacob, who fathered children with four different women (two sisters and their servants)? Abraham, Jacob, David, Solomon and the kings of Judah and Israel—all these fathers and heroes were polygamists. The New Testament model of marriage is hardly better. Jesus himself was single and preached an indifference to earthly attachments—especially family. The apostle Paul (also single) regarded marriage as an act of last resort for those unable to contain their animal lust. "It is better to marry than to burn with passion," says the apostle, in one of the most lukewarm endorsements of a treasured institution ever uttered. Would any contemporary heterosexual married couple—who likely woke up on their wedding day harboring some optimistic and newfangled ideas about gender equality and romantic love—turn to the Bible as a how-to script?

Of course not, yet the religious opponents of gay marriage would have it be so.

It is a great article, definitely worth a read. What I can't understand is how someone can read this and still think that "Biblical Marriage" had any resemblance to what we generally consider heterosexual marriage.
Posted by BentonQuest at 4:25 PM

HOO-ha! Boy, is that gonna hit the fan! I can't wait to see the venom that our "friends" hurl against Newsweek for such an article!