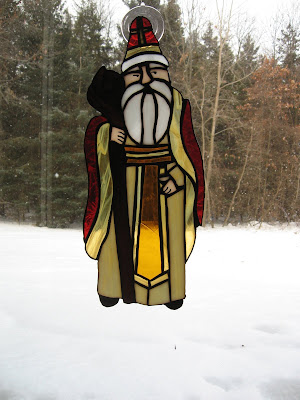 Christmas was good. It was busy but that is what you expect being clergy, let alone a clergy couple. On Christmas Eve, I went one way, Nick went the other. Our respective churches are about equal distances in opposite directions. Bummer, but that is life.

I got to the church early so I had time to wrap the Bear Nativity that I got for Nick. He loves Boyds Bears so when we saw this on one of our day trips, I knew I needed to get it for him! 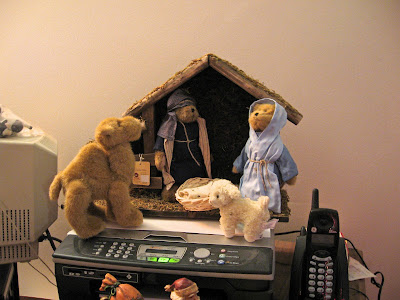 I was getting worried because I had to order it online and it finally arrived on Christmas Eve. So I had to wrap it at the church so he would not see it not have an idea what it was.

The Christmas Eve service went well. The church was warm and cozy. The sermon went well. (It was one of my favorites.) Then there were meatballs after the service. I headed home and got a call from Nick telling me that he was stuck in a traffic jam.

When Nick finally got home, we had shrimp, Asti, and opened presents. One of my presents I received early. While we were unwraping gifts, the clock hit zeros which meant that all the displays started showing "Ho!"

At the opening of the post is the Santa I made for Nick this year. It is a Polish Santa. He seems to like it and that makes me happy. Below is a coffee cup Nick gave me. I love it! I think it is just too cute! (He almost squeals like a little girl!) 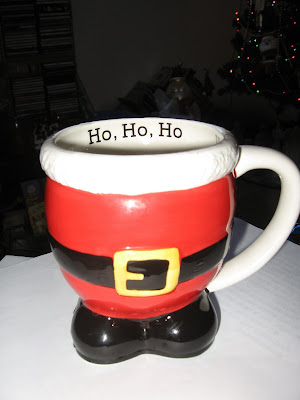 On Christmas Day, we went to Nick's brother's house. We had a good time. And this year I managed to duck getting what could probably be described as the worst gift I have ever gotten. Nick's family does a $20 gift exchange/swap. Nicks SIL, while owning a florist shop, buys the WORST gifts ever. This year went above and beyond the call. This years gift was... 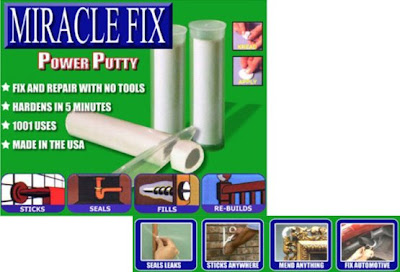 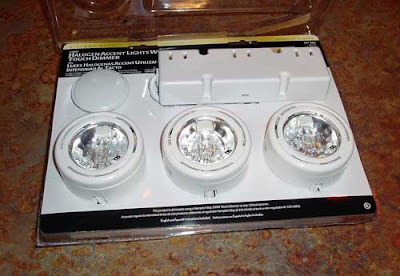 Yes, that is right, Miracle Putty and Puck Lights. And I almost had the son of the SIL swap this crap stuff for the $20 gift card to Target that I had received.

But we had a great time and then it was back to work. The rest of the weekend was pretty uneventful.

Hope your Christmas was happy and bright!
Posted by BentonQuest at 6:55 PM

I saw the stained glass and thought of St. Nicholas of Myra.

The bear nativity is cute also.

As for the gifts: that is the reason I resist gift exchanges.

Take down that counter !!!