I Guess I Must Be Getting Old 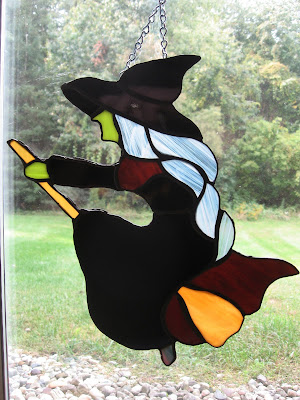 What brings this all up is one of the people I work with. She is a whole of 16 years old. She was having some problems at work and I was trying to help her. She got all snippy and told me that I was giving her "attitude." To which I responded, "I've done this job for almost a year, you have done it three weeks." Then she got angry and started to throw stuff around.

Now, I cannot think of a situation where I would have told a person who was over twice my age that that person was giving me "attitude." I may have complained or talked to the person, but to be so totally disrespectful would not have been an option.

Am I getting old or are kids just more disrespectufl that in the past? I think about my nieces, my one niece looked at my dad and said, "Get out of my face, Grandpa." OMG! That kind of rudeness would have never been tolerated.

Nick said that I probably remind this girl of her father as I am probably near his age. True, but that still is no excuse. It just makes me think of the whole cell phone culture. We are allowing rudeness to rule.

I heard something interesting on NPR the other day. A guy was talking about the use of corporal punishment. What he said was that corporal punishment DID NOT work as a way of teaching children to behave. The children may pay better attention to their parents, but when it comes to attending to others in authority that cannot physically hurt the person, then the child does not feel the need to pay attention.

I don't know if corporal punishment was used on this girl and I am not suggesting that she was abused. She did say that her father did yell at her, though.

I just find our whole culture of rudeness and disrespect tiring.

Oh, the pic is the finished Witch. I like to think of her as a Moon Catcher!
Posted by BentonQuest at 2:46 PM

When I taught school I used to have kids who didn't like something who would "disrespect" me. I would say - "Listen here, I am not your parent you may not talk that way to me!" If it continued they went to the office. I agree with you - the culture of rudeness - that is a good description.

I'm not sure that I agree with the guy on NPR, but I totally agree that this is a culture of rudeness. I do not know what the answer is.

God asked Abraham to sacrifice Isaac when the boy was 12. If God had waited a year or two, it wouldn't have been a sacrifice.

i agree kids nowadays are particularly nasty. this latest crop is awful.

I dig the witch. I feared adults because they spanked. Even at school the teachers used wooden paddles for punishment. I don't suppose that exists anymore.