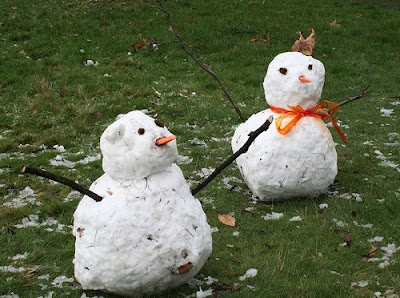 Granted, we have elected our first American President of African descent. I am happy about that. I am not so happy about the results of the various Props that were up for a vote across the country. How someone can vote to remove another's rights is beyond me. And the whole thing about calling judges renegades because they are doing their job. Their job is to decide if a law is unconstitutional. I guess you just change the constitution then the unjust law is suddenly constitutional.

Work has been a drag. [whine] I really hate having to get up some days at 4 am and other days not having to get up until noon. My inner clock is of the sort that I will keep getting up at 4 am. And all of this for less than $8/hr. [/whine] Next week, I will be working either early (starting at 8 am) or opening (starting at 5:30 am). While this is happening, Nick will be closing. So, tomorrow, we will pass on the interstate; I get off at 4:30, he starts at 5.

I also found out that the gift card reader that has been broke for the past four weeks has not been ordered yet. So we get to endure peoples' anger and snide comments (at less than $8/hr) while the store director sits around and waits until he is good and ready to order a new one.

I am getting resentful of my job. I find that I spend all my time either at work or recovering from work. Then when it comes time to prepare for my congregation, I am lacking the energy and the mental agility to properly prepare for the Sunday service. I feel like I have let the folks down. I feel that this weeks sermon is one of the worst I have ever written. I think there is some good stuff, it just is totally bulky and does not flow at all.

Like I said, I am resentful for having to spend so much of my time making coffee.

I know Nick is not happy with his situation either. We are both way under employed and it just makes for total boredom and detestation on the job.

We have no idea what is going to happen to us. We are making ends meet, but just barely. If things get any tighter, we will again be looking for a nice overpass to live under. I have talked to my sister about moving back to Iowa. She said at this time, my dad is to unstable. Having two more people in the house, while being helpful to mom, would be too much for dad.

I have been working on this year's installment of Santas for Nick. This year's Santa comes from Poland. I think it will be nice. I have also been working on a Thanksgiving decoration. It will be a squirrel in a pilgrim's hat. Pictures of that when it is finished.

I also had something happen today that has never happened in my eight years of ministry. I had a person have a bout of bowel incontinence during service. I also hope this is the last time that will ever happen.

Well, thanks for allowing me to vent. I hope all is going well in your world. Remember, our time on this Earth is fleeting, make amends while you still have time. The Bridegroom will be returning when we least expect it.
Posted by BentonQuest at 5:27 PM

On the terrible puns and unpleasant comments that could be made about the unfortunate incident during worship this morning! *grin*

But instead I'll just send a hug and best wishes to both you and Nick.

It tries 'Be Not Afraid" and "Trust Me" does it not?