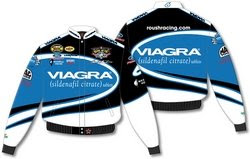 Wah! My feet hurt! Things would probably be better if I lost about 75 lbs. Or if I could stop working at Starbucks. Or, better yet, BOTH! But as that is probably not going to happen in the near future, I just get to deal with my feet hurting.

We have a new person at work, and I have been given the task of training her. I guess if you are noisy enough, they give you more work to keep you quiet. But that is ok, this lady is eager to learn and seems like a good worker. Hopefully I can teach her some good habits before she develops the inevitable bad ones.

At work the other day, I saw an older guy, probably in his 70's, with a jacket on that said "Viagra" in huge letters on the back. I wondered why someone would want that on their jacket, but then figured if you are 70 and can get it up (by whatever means) it must pay to advertise!

I entered two pieces in the Delphi Art Glass Festival this year. 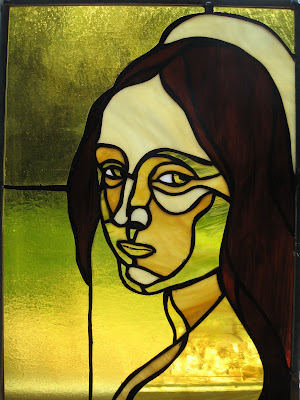 The first is the DaVinci Chic

The other piece is the Cat Clock. 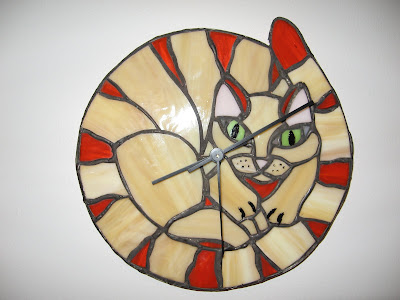 This is the competition that I entered last year and won second and third place in my category, suncatchers.

I am not hopeful of winning any awards this year. The competition is tough. But it is still fun to have my pieces in a public show.

You know, you never know how much you look at a clock until it is gone. Since the cat has been gone, both Nick and I have commented on looking at the wall and being frustrated that the clock is not there. So to remedy the problem, a new clock has been made: 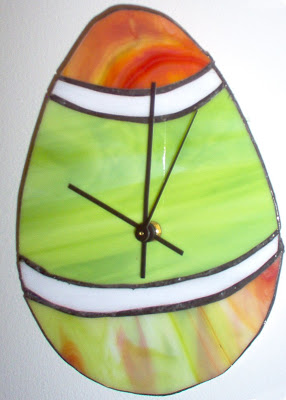 Not a whole lot, but it works. Nick jokes that we will eventually have a clock for every season! Not a bad idea if you ask me. I was surprised how hard it is to draw an egg that looks like an egg. Then, of course, trying to draw the stripes so they work. Oh well. It is difficult having an imagination that surpasses my drawing abilities. It is not wonderful, but it is seasonal and it works.
Posted by BentonQuest at 8:51 AM