Another weekend has come and gone. Actually, it has been quite a busy weekend. It was the weekend of the Diocesan Convention. Yes, in general these are about as interesting as they sound. Lots of resolutions and a few debates.

One of the things that made the convention nice was the fact that Nick was able to go along. It was not really planned, I asked for the days off and Nick was given the same days off. So we were able to schmooze a bit, talk to some of my colleagues and, in general, just be “Us” around the Episcopalians. It was quite nice to be able to just be a couple, like any other couple in this group.

The next day, Nick went to see his family and then went shopping. I got to stick around and listen to endless debates about the budget. With the whole economy tanking, even the church is having a problem. It got to be a bit over the top when someone presented a five-page amendment to a proposition. How are we supposed to read over and properly consider a five-page amendment?

The other thing that was annoying was the discussion involving the full inclusion of GLBT people in the life of the church. I couldn’t believe that someone actually had to audacity to call homosexuality a perversion during the discussion of the proposition. He can believe what he wants, but to use such hateful language during a church convention just angered me.

And then, of course, we had the obligatory pairing of homosexual = pedophile. That one just drives me nuts!

Oh, and there was the man who asked, “Why does it seem that all the church can talk about now days is sexuality? We never needed to talk about sexuality in the past.” To which I replied, “The church has always been interested in sexuality, if they weren’t, they wouldn’t be in the marriage business.”

This morning went well. The sermon actually went better than I had anticipated. People seemed to be involved and following the points.

I was able to work on some stained glass. I am trying to decide what to make for Christmas presents this year. I hoped to get an earlier start this year than last when I ended up making ornaments on Christmas Eve.

You all can help me, which would you prefer to receive as a Christmas present? 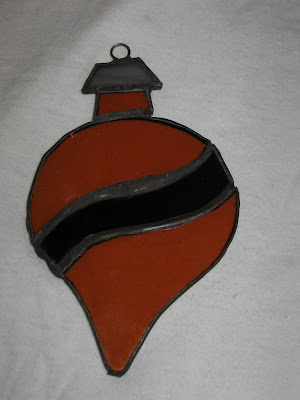 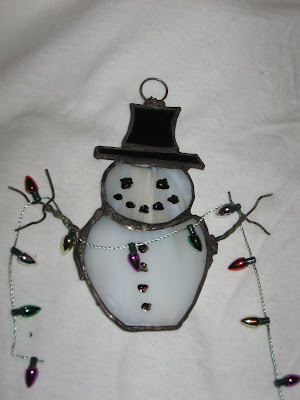 Posted by BentonQuest at 7:52 PM

I think the snowman is cute.