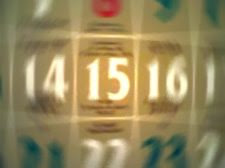 I saw this over at Tigeryogiji. And even though I wasn't tagged, I thought it would be fun.

What did you want to be when you ‘grew up?’

At first I wanted to be a TV Repairman! I guess I was planning on all of those "encounters" we so often hear about in "literature." Then I wanted to be a doctor and then a psychologist. No, I never aspired to be a Starbucks Barista.

What are you now?

I am a clergy person in the Episcopal Church and a barista.

What fictional character did you identify with as a child?

Garfield, but before that, Charlie Brown.

Malcolm from Malcolm in the Middle

What is your ‘Gay Pride’ Song?

What is your drag song (we ALL have one)?

I can remember fighting with my sister in the crib at my grandma's house.

The time when I was about 14 and my sister and her friend came downstaris and found me "pleasuring" myself.

If you ran for a seat in political office, what would be your platform(s)?

I pretty much believe in the Libertarian view that government should stay out of our lives.

Winehouse. Want her to succeed or are you over her?

I want her to succeed. I like her songs and her style.

The first person you thought you loved?

A guy from high school named Bill. He was a swimmer and a weight lifter. Not much of a face but he had a beautiful body.

The first person you actually loved?

My internship supervisor. I wouldn't have called it that at the time, but that was what it was. Just to be near him made me happy. It took months to get over being back at school.

The person you love now?

If you could be, do, have, own, or possess anything you wanted, what would it be?

I would love to have an original Frank Lloyd Wright house and the money needed to keep it up to the proper specifications.

Even if you are in love with someone right now, who are you/could be crushing on right now?

My usual answer is Nick Beyler. But there are many beautiful people out there.

Having read Tigeryogiji's responses, I think I'm beginning to see a theme in the "Memory I'd like to forget category". :)

I do not frequent Starbucks that often. I did not know that the proper term was Barista until the other night when I was watching reruns of Cash Cab.

that was fun reading.
Tiger darling has me obliged to try this before the week is out.

I may be hallucinating, but I'd swear that picture looks like an Ashby Church Kalenar.

This is secret code to the uninitiated.