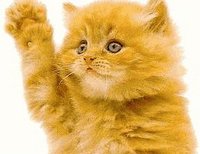 In seminary,they never teach you how to leave a congregation.

What do you say when you know you will be gone but the congregation continues on? Do I treat it like any other Sunday? Do i use it as a soapbox to advance "my cause?" Do I allow the congregation to be comfortable, hoping they will remember me in a good light? Do I challenge them?

I want to challenge them. I want to empower them to take action in their world. Even if they go against my soapbox cause,
I want them to put feet to their conviction. I don't believe my leaving is a "non-event" in this congregation, but I don't want to blow it all out of proportion either.

I was practicing a solo that I hope to do on Aug. 13. This will be my last Sunday and I hope to make the song a gift. But I will tell you; it is getting harder and harder to practice. The song is a version of the "Our Father" but it is not the traditional one most are used to. Heaven forbid I do the "common" one. But I finish running through it and I have to take a fifteen-minute break to wipe my eyes and re-gather myself.

I feel my leaving is wrong on so many levels. One person here said that she was angry that I would even have to write such a letter. No one else has to write a letter such as that. I agree. In effect, I lost my job because of my sexuality. It had nothing to do with my job performance.

I know, I chose to leave.

Should I have stayed and fought? I think if my senior pastor would have said, "This is wrong and we are not going to stand for it" I probably would have chosen to stay. But he didn't. So, if my colleague will not side with me, why should I stay.

Granted, the senior pastor has gotten better, but he still is not strong enough to lead a battle that may get a little messy. Messy does not work in his world.

I don't want to do this sermon this Sunday. I want this all to just go away.

Posted by BentonQuest at 1:09 PM

Peace be with you.
I know that leaving a church is a difficult experience ... especially in matters of one's own wholeness. A couple years ago, I was "disinvited" from a young and vibrant church community that I'd invested well over 2 solid years into. It still pangs hard to see their faces on their website and remember everything. And only in the last few months have I really been able to start going back to church ... this time 3,000 miles away.

We grow out of churches and communities, but you'll always carry that church with you, and that includes what you've learned and how you've grown.

In any case, I think you're strong for living in Truth and following where that path leads. Good on ya, and peace,