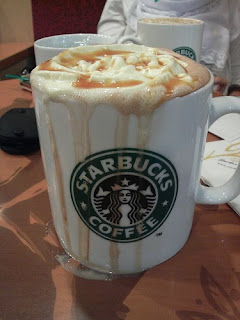 I will be putting my two-week notice in at work.  Today was the day that did it.

Between working 40-hours/week over the course of 6 days.  Having to do church things.  And just the general frustration of working with a man who can get away with anything; I have decided that my tenure with BUX is at an end.

Granted, we are short of staff, but it is not like this has not been foreseen.  And we are lacking in proper trainers, not that this had not been pointed out.  It was suggested that I be trained as a coach back in August.  We have been without a Learning Coach for almost six months with nothing said or done.

Then today I get yelled at by my boss because I do not know who to call because the equipment is not working.  I had told the Lead weeks before that the equipment was not working properly, but nothing was done.  Now the Lead is not at work and I am supposed to be calling people to fix the equipment.  Hey, I am not trained to do this!  It was suggested that I get the training back in August (see previous paragraph) but that never happened.

I cannot do church and BUX and keep from going ballistic.  So, the coffee job has to go.  I wish I had a hand hold to move to, but I do not.  But to keep going the way I am going is not going to work either.

If you are the praying type; they would be appreciated.
Posted by BentonQuest at 9:23 PM

You know you already have them (prayers) - I'll just add a bit more intensive cajoling of The Boss to pay a bit more attention to you out there and give you a break. :) HUGS!