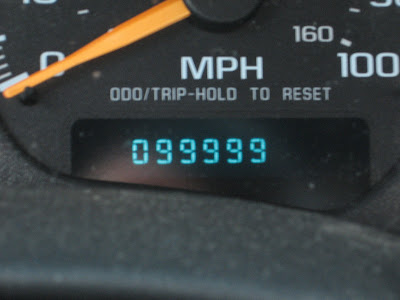 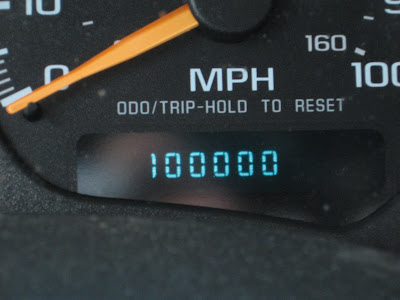 Probably not a big thing any more, but when I was in high school, that was the first time my car rolled over the hundred thousand mile mark. And back then, it was cool because the odometers didn't go that high so the car would become "New" as it went back to all zeros.

Humm...I titled this milestones so are there other milestones in my life? It doesn't really seem so. A year ago I was in New Orleans. It was nice to be there. I was loving the warmth. I am looking forward to the weather getting warmer. I guess a year ago I would not have thought I would be in this position. I guess I didn't think I would still be unemployed/underemployed.

Now we have the increased stress of Nick being unemployed.

Just had another 800 call come through. I guess I will be happy when I don't have to dread having the phone ring.

When I hate about the situation/economy is that everything become a crisis. No Dr.'s visits until it becomes crisis level. Pay as much on the bills as possible, but still get socked with the finance charges. It was suggested to get credit counseling, but trying to find a reputable one is difficult. And I am not in debt enough to file bankruptcy. (Yep, I am in debt enough to ruin my credit rating for life, but not enough to file bankruptcy.)

Oy Vey! Sorry, didn't mean for this to turn into a pity party.
Posted by BentonQuest at 8:49 AM

i remember piling into the car to all watch the odometer turn over.
then we got into watching the scenery and we missed it- next thing we saw was 000004