Rollerskates on the Treadmill 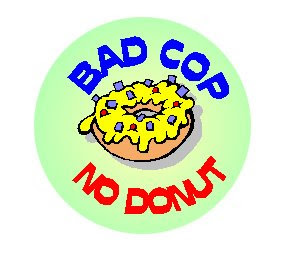 That is the way things have been feeling lately: The wheels are turning, but the landscape has not been changing.

I am supposed to be preaching this Easter. New life, renewed hope. All that good stuff. What do I feel? Lost, frustrated, trapped. More of the same old stuff.

I apologize to my loyal readers (all four of you!) for posting so often about my frustration at the slow pace of change. There are just so many things that combine to make these past years (!) so complex. Whenever something happens, a whole series of guilt, anger, and frustration surfaces.

This last comment about being smart may seem odd, but not if you think about it. Probably the best way to think about it is to be mentally bored. I miss the mental challenges that come from being in a church setting. Making coffee for eight hours a day really doesn't do much to spark the creative juices.

Then comes anger. Angy at it all! Ranting and raving mad! Pissed at the world, at God, at people trying to help me, at life. I start to turn into something that I really don't like.

Then, of course, I feel guilty about being angry and needy. And with that, the loop begins again.
Posted by BentonQuest at 8:50 AM

One of the things that was most destructive to me was, after pouring my soul into something, to have those "someone's" give me attitude because they, standing at the sidelines and not lifting a finger to help, thought I had not worked hard enough.