The Trip So Far 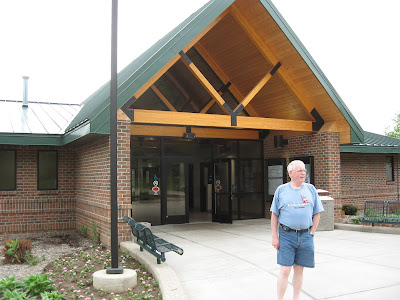 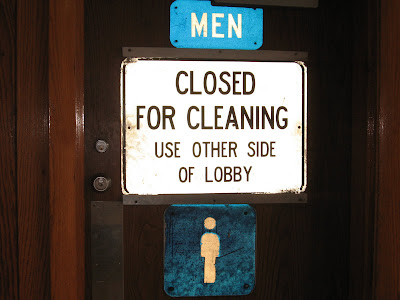 Nick was wondering if it wouldn't be better if we used another restroom. But if they wanted us to pee on the other side of the lobby, who were we to argue... 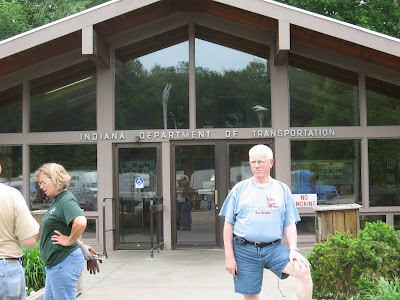 Here is Nick outside of the restroom at the rest area just inside Indiana going south on I-94. We actually got to use the restroom here, we didn't have to pee in the lobby. ;) 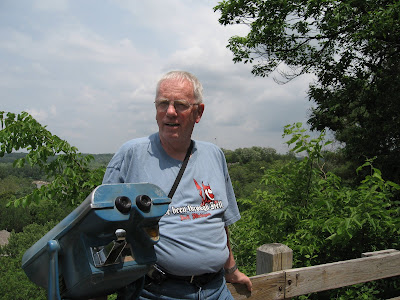 Nick is standing outside the lodge at Starved Rock State Park in Utica, IL. We found the restrooms and then we went out and climbed up to the top of Starved Rock. 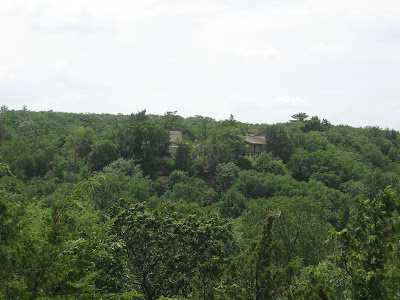 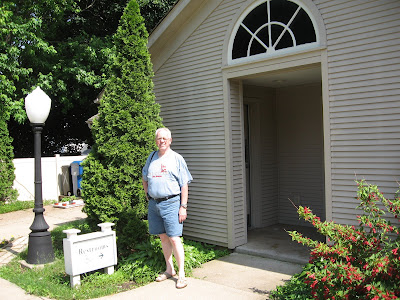 Now we have Nick outside the restroom at the Ronald Reagan Home in Dixon, IL. Actually, the home is next door. We went to the gift shop where Nick bought a shirt, but we did not go through the home. Actually, I was the one who used the restroom here, but since I had the camera, Nick had to be in the pircutre.

about this restroom motiff....

I'll never think of lobbies in the same way!

Like ships passing in the night. I was at Starved Rock the day before you and Nick.