My View From The Box 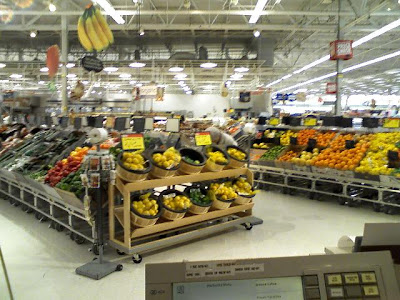 Well, this is the box update: OCD Alien Boy has put in his two-week notice.

I have some real mixed feelings about the whole thing. Yes, I will admit that there is a part of me that is VERY happy he will be gone. Even though I tried to be a "less anxious presence" around work, having the Alien Boy there made keeping that less anxious presence very taxing.

But another part of me is kind of sad. I have actually seen some change to the positive in Mr. OCD. He actually was making conversation and not just running around cleaning. Granted he had some way to go, but don't we all?

Granted, OCD has to be tied up in perfectionism in some manner, but is there a perception problem also? We all err, but is it more difficult for a person with OCD to admit the error? (Just pondering.)

Sometime I will have to go into some detail about the eye candy and lack there of that can be seen from the box.
Posted by BentonQuest at 9:26 AM

Labels: View from the Box

One of the truths that I have learned in my career(s) is that for every OCD Alien Boy (or other irritant) that leaves my life, another springs forth from the bowels of the earth. sometimes the OAB that you know is better than the new OAB that you do not.

My goodness, how can you stand those bright lights day in and day out?!!

neurotics tend to burn themselves out; poor things.
but they are a relief when they go away.