My Purpose in Life? 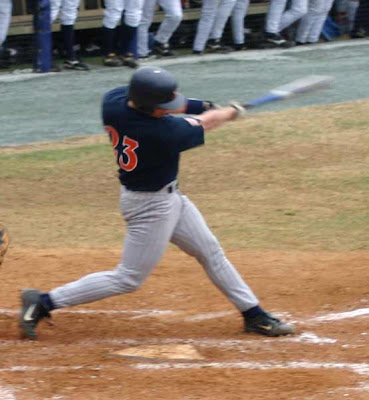 Rick Warren would have us believe that everything we do and everyone we meet happens for a purpose. Well, I may have found out why I am at Starbucks.

A person who works in a different department than me had been talking with me and asking some questions about the "new guy." I was somewhat evasive on some of the questions, but I figure if people keep pursuing the "evasive" areas, I will truthfully answer the questions. So when he kept asking about why I left the ELCA and why I was not working in a church, I answered him. He then became distant and I just figured "another homophobe." I didn't work directly with him so it didn't bother me.

After some time, he again began talking with me and asking questions. As I figure the best was around homophobia is for homophobes to get to know REAL gay people, I tried to be as honest as possible.

Well, yesterday, while I was eating lunch, the guy proceeds to tell me about a friend of his who is in jail. The guy tells me that he got a birthday card for the friend that said, "Do you want your cake or would you just like to lick the batter?" The card had a picture of a hunky baseball player on it. I said, "Oh, that's nice."

(Now, I should say that the guy I was talking to is not the brightest bulb in the box. He is a nice guy, but not Mensa material by a long shot. So I was not being purposefully dense around him, I just did not want to make any assumptions.)

Then he said, "I have a question; Is it ok if I like this guy as 'more' than a friend?"

I was a bit surprised, but not as much since I had just heard the story about the card. Of course, I said, "no, it is not wrong."

Then he went on to tell me that he was interested in men and that he had never told anyone else before. I was honored that he trusted me with his secret. He couldn't say the word, "gay," but that will come with time.

A big first step! I am glad that I was able to help him in his process of becoming true to himself and to his world. It may not be an easy journey, but he took the biggest step, he admitted his feelings to another. I just hope he will find others who are also supportive.
Posted by BentonQuest at 10:58 AM

Just be there for him, Ben.

Perhaps you, like myself, will find your true ministry outside the institution in the "real" world. There are many people hurting and searching out there that the institution wants no part of, but God does.

good for you! bravo.