What Are You Giving Your Life For? 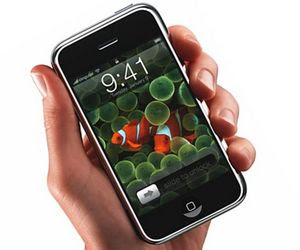 This becomes almost a yearly sort of thing. Last year it was the PSP, now it is the iPhone. People have been waiting since Monday to get one of these stupid things.

What is so important that you would give 5 days of your life for?

If you asked these people why they don't go to church, they would probably tell you that they are "too busy."

I was actually told by some people that they woudn't come in for pre-marital counseling because they were just too busy, but these people would probably be the same ones who would sit in line.

Do people do this because others will think they are cool? Is this how we achieve alpha status in our society? If someone flashed me their iPhone and told me that they waited five days for it, I would not consider them to be Alpha, I would tell them that they were crazy!
Posted by BentonQuest at 7:19 AM

I wondered why I did not see you ahead of me in line! **smirk**