I remember as a kid having someone tell me that if you die in your dream that you die in reality.  Well, I am here to tell you that it just ain't so.  I have had it happen a couple of times.

However, I had a few that were odd in that I actually was dead in the dream.  Probably the most terrifying dream was where I was experiencing nothing:  no sound, no light, no sensation at all.  And then the thought dawned on me, "I am dead and this is all that will be FOREVER."

But the other night I had a less terrifying dream, but I still was dead.  I was up and walking around.  My coffin was there, and I was stepping on it and dragging it around.  At first I didn't realize that I was dead, but then I went to take a shower and realized I had been embalmed.  One of the last things I remember about the dream was realizing I had to pee and not wanting to spend eternity with a full bladder.

I wonder if dreaming of death may be something like the Death card in tarot.  Does it predict change instead of actual death?  I know that we have been through a lot of changes lately.  Maybe Dr. Spo has a comment?  I know that the both of the dreams weirded me out when they happened, and the NOTHING dream weirded me out for a long time!  (Still does.)  But the latest dream kind of makes me chuckle. 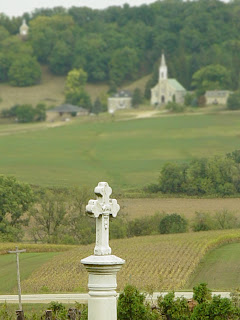 Don't know.  Just know that dreams or not, we have changes in our future; some things begin, and some things die.
Posted by BentonQuest at 8:20 AM

On the hypothesis aspects of dreaming represent aspects of your psychology, I would get you to expand on the dream - what part of you feels dead or needs to die in order for transformation and resurrection etc.
I only do encores for cash.

I must admit I got a chuckle out of the part of your dream in which you decided to go to the bathroom because you do not want to spend eternity with a full bladder. Oh, I can so relate to that!