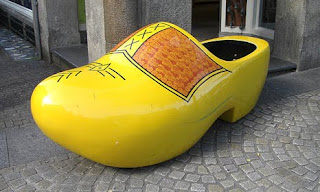 This may be one Dr. Ur-Spo could comment on...

I have been thinking of the difference between Passive-Aggressiveness and Sabotage. I was wondering if it is possible to be consciously passive-aggressive. My gut feeling was that it was not, that passive-aggressiveness was a more subconscious act. It seemed that passive-aggressive was the realm of those who do not feel they have any power or cannot handle the concept of placing themselves in harms way by standing up to the bully/aggressor/slave driver. So, to appease the ego and not alert the superego, the person acts out, but not in a readily identifiable way.

Now, for the person to KNOW what he or she is doing, I would say that the person (victim?) has moved into the realm of sabotage. The person is actively working to go against the wishes of the person (who believes himself/herself to be)in charge. The victim decides to actively do something to thwart the other.

I don't know which is worse. I think passive-aggressiveness can be worse for the company/whatever. A passive-aggressive person can slowly undermine some very well laid plans. Sabotage can very quickly cause problems, but these problems are usually easier to spot.

IDK. Just thinking about work and my feelings. I feel like I have moved to the point of actively wanting to sabotage work. I think I have the ego strength to NOT do it, but the daydreams help to make the job tolerable.

Addendum --  I also wonder if sabotage has to be a larger thing.  Making decaf instead of regular coffee, that is small.  Does that just make it a passive-aggressive action?  Or is it sabotage?
Posted by BentonQuest at 7:21 AM

passive - aggression is indeed a sort of power move done by people who feels they are helpless or unable to assert themselves in a situation. They feel powerless. It can be either consciously or unconsciously done. Doing so consciously can be an act of sabotage.
Sabotage can be done without p/a.
P/A is considered an immature state, as it is first seen in children viz. powerless against parental figures.